Retail Swedish clothing giant H&M is set to launch their new store in Townsville’s Stockland Aitkenvale Shopping Centre any day now, providing a confidence boost to the economy struggling over the past few years from a steep downturn in the mining industry.

H&M’s footprint will cover thousands of square metres when it opens its doors. The space at Stockland Aitkenvale remains boarded up while final construction and commissioning work winds down.

All available jobs for the store have been filled. H&M’s careers website has no positions currently available in Townsville. The typical H&M store is structured and resourced with a department manager, sales advisors, visual merchandisers and cash office responsible, offering favourable employment for full-time and part-time students.

Townsville’s large university sector was a significant draw card for H&M as the students are both popular shoppers with the brand, while serving the retailer’s human resource requirements for flexibility that is advantagiously achieved using a casual and part-time labour force.

The retailer’s fashion products are pitched to the “average” budget, attracting a lot of female shoppers seeking H&M’s extensive clothing range that also appeals across all demographics.

The Townsville store is expected to attract shoppers from Cairns, Mackay and Mount Isa. H&M has 18 outlets across Australia including Toowoomba. Townsville is its newest store in the Australian marketplace.

Multiple retail brands including the Fashion Gallery, Foot Locker, Rockmans, Cotton On, Crossroads, City Beach, Barefoot, etc. have relocated to make way for H&M. The Fashion Gallery said they vacated the store in February 2017 to relocate to the city.

Speculation about the Swedish fashion brand opening in Townsville was sparked late in 2016. But owners Hennes and Mauritz AB would not confirm plans were in the making to open a new store in Townsville.

The Townsville Chamber of Commerce has been aware that H&M were looking at the city, speculating that two locations were being considered either at Willows or Stockland.

Mr. Anderson said, “One thing I can promise is it will be a very exciting and inviting store and there will always be new arrivals more or less every day”.

“The opening day will be one to remember for H&M and Townsville” as Ms. Riley had reported Mr. Anderson said.

H&M is expected to launch their online store before opening the Stockland space to satisfy loyal customers and to attract more customers in a fresh North Queensland market.

The brand leverages its combined eCommerce platform very well with its younger target market as demonstrated by H&M’s launch in London, which showcases the power of the purposefully staged launch of both the “real estate” and “virtual estate” platforms.

A new H&M store is also scheduled to open in Rockhampton. Positions are still being called for the Central Queensland store.

Durie Is Out! Gay And Green Thumb Poster-Boy Snapped Duplicity Of Premier On Townsville Water Security

Do you have an opinion about the H&M opening in Townsville?

@EcoSenseNow: The Great Barrier Reef, after extensive aerial and dive monitoring, is shown to have the highest live coral cover in recent decades. Unfortunately only The Australian newspaper has covered this and it is behind a paywall. The usual liars, Greenpeace and China, continue with lies: https://t.co/ipg7knNigR 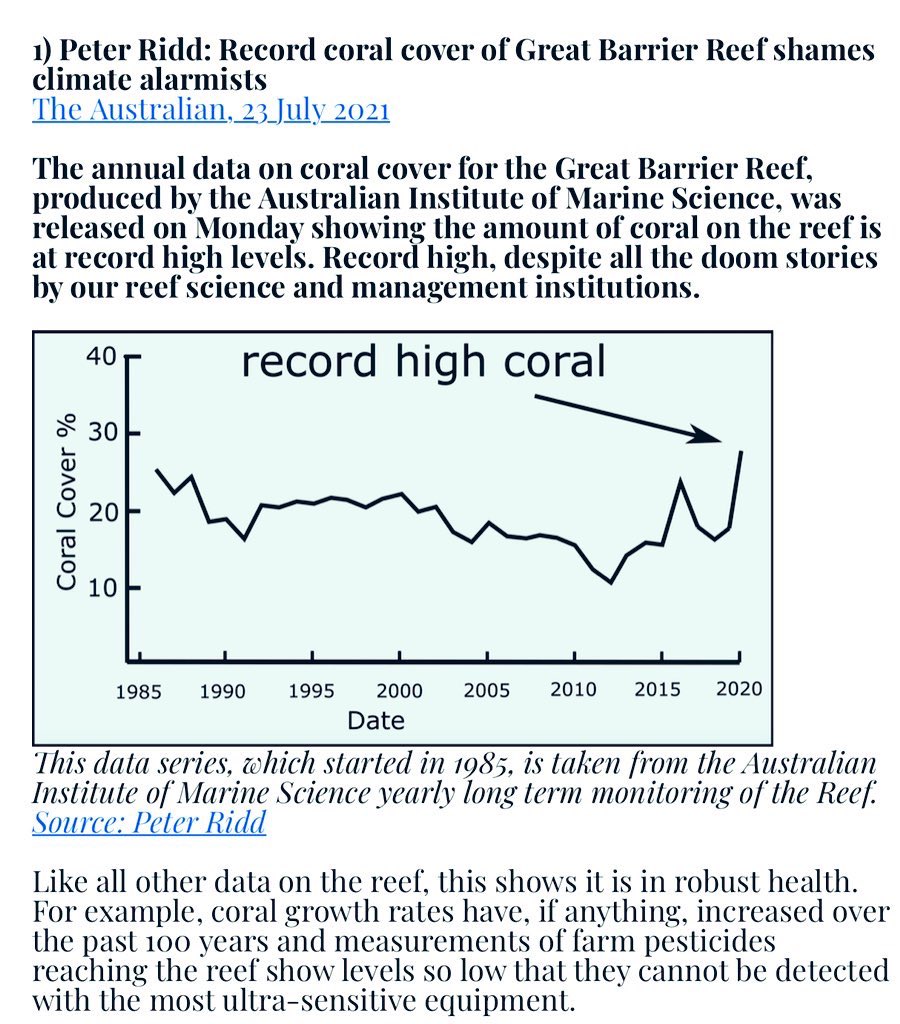 @jamesmacpherson: THE "idiots" who marched for Freedom are not the idiots ... 1. You told us to stay home for 2 weeks to 'flatten the curve'. And so we did what you asked and 18 months later we are still locked in our homes 2. You kept brothels open but closed churches
h J R
@McleodEsq

The Premier of Queensland just got owned by Australia's IOC Olympic Committee member in Tokyo. https://t.co/H2HSEXPtdH

@DaveSharma And yet again, the Leftist liberal undermines our national sovereignty and security, for an ideology and economic plan that destroys the first class industrial capacity to wage our military defence. Weak leaders have false visions and strategy poor. Case in point herewith.
h J R