The Reserve Bank Governor, Phillip Lowe has announced a change to the interest rate today to record levels.

“There are further signs of a turnaround in established housing markets, especially in Sydney and Melbourne.

The RBA had decided to reduce the cash rate by a further .25 basis points to a record cash rate of .75 per percent.

In it’s press statement moments ago, the Reserve Bank Board said, “While the outlook for the global economy remains reasonable, the risks are tilted to the downside.

Therefore, “the Board took the decision to lower interest rates further today to support employment and income growth and to provide greater confidence that inflation will be consistent with the medium-term target.

“The economy still has spare capacity and lower interest rates will help make inroads into that.

“The Board also took account of the forces leading to the trend to lower interest rates globally and the effects this trend is having on the Australian economy and inflation outcomes.

“It is reasonable to expect that an extended period of low interest rates will be required in Australia to reach full employment and achieve the inflation target.

Again, “the Board will continue to monitor developments, including in the labour market, and is prepared to ease monetary policy further if needed to support sustainable growth in the economy, full employment and the achievement of the inflation target over time.

“The US–China trade and technology disputes are affecting international trade flows and investment as businesses scale back spending plans because of the increased uncertainty.

“At the same time, in most advanced economies, unemployment rates are low and wages growth has picked up, although inflation remains low.

“In China, the authorities have taken further steps to support the economy, while continuing to address risks in the financial system.

“Interest rates are very low around the world and further monetary easing is widely expected, as central banks respond to the persistent downside risks to the global economy and subdued inflation.

“Long-term government bond yields are around record lows in many countries, including Australia.

“Borrowing rates for both businesses and households are also at historically low levels. The Australian dollar is at its lowest level of recent times.

“The Australian economy expanded by 1.4 per cent over the year to the June quarter, which was a weaker-than-expected outcome. A gentle turning point, however, appears to have been reached with economic growth a little higher over the first half of this year than over the second half of 2018.

“The low level of interest rates, recent tax cuts, ongoing spending on infrastructure, signs of stabilisation in some established housing markets and a brighter outlook for the resources sector should all support growth.

“The main domestic uncertainty continues to be the outlook for consumption, with the sustained period of only modest increases in household disposable income continuing to weigh on consumer spending.

Employment has continued to grow strongly and labour force participation is at a record high. The unemployment rate has, however, remained steady at around 5¼ per cent over recent months.

Forward-looking indicators of labour demand indicate that employment growth is likely to slow from its recent fast rate.

“Wages growth remains subdued and there is little upward pressure at present, with increased labour demand being met by more supply. Caps on wages growth are also affecting public-sector pay outcomes across the country.

“A further gradual lift in wages growth would be a welcome development. Taken together, recent outcomes suggest that the Australian economy can sustain lower rates of unemployment and underemployment.

“There are further signs of a turnaround in established housing markets, especially in Sydney and Melbourne.

“Demand for credit by investors is subdued and credit conditions, especially for small and medium-sized businesses, remain tight. Mortgage rates are at record lows and there is strong competition for borrowers of high credit quality.

Do you have an opinion about Reserve Bank cash rate decision?

Swearing allegiance to the Queen and her successors, Prince Charles the globalist woke, demonstrates the hypocrisy of our parliament in performing its function constitutionally to the people, who is now governed by duplicit agencies of corporations loyal the Board. https://t.co/3KnQVs5DFt 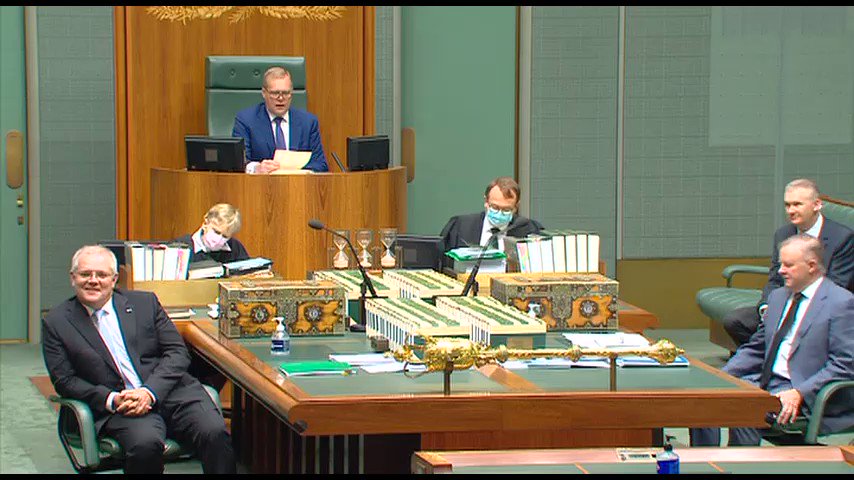 @ThomasSowell: Charter schools take power from politicians and bureaucrats, letting parents decide where their children will go to school. That is obviously offensive to those on the left, who think that our betters should be making our decisions for us.
h J R
@McleodEsq

@JaneCaro Move to NZ, treaty allows your freedom of movement, yet you choose freedoms to hate on Australians. The regularity of your bigotted attacks are consistent enough to conclude you are aussiephobic.
h J R
@McleodEsq

@MrKRudd The righteous has spoken, yet again, with disdain & treason-like deeds only the CCP could be proud of. Does this guy have any inkling of integrity? Perhaps. But one of mateship dissonance worthy of first nations shame is in order. Repeat, a spear in the thigh is a just sentence.
h J R